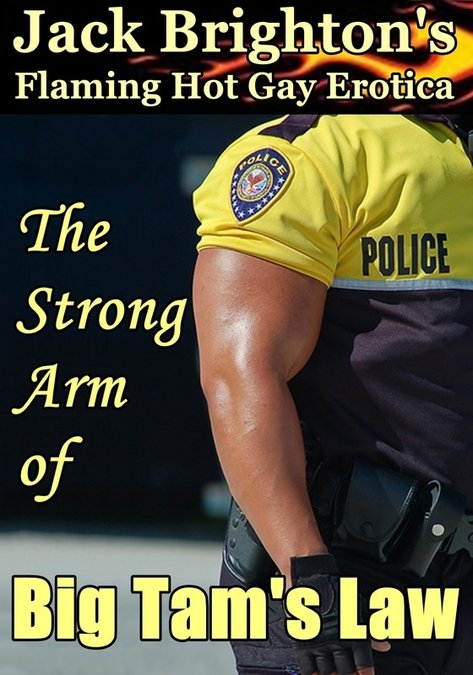 ​By his own admission, Chief Inspector Calder, or Big Tam as he's better known, was a cantankerous sod, married to his job. He'd never any time for a wife and kids, or anybody else's kids for that matter - including the son of his friend and boss, the Chief Constable of Strathclyde police.
But Big Tam takes a different view now that Finlay has turned eighteen and they end up sharing a room during a skiing holiday in the Alps. It was the Chief Constable's idea - a means to help his son come out of his shy shell.
He certainly does that during the first night when Tam's fondness for a drink get the better of him and he returns to their room pissed as a fart and promptly crashes out on the double bed. He is stripped down to his underwear by one of his men then left alone in the room which he is sharing with Finlay.
It proves too good an opportunity for the shy virginal teenager, who can’t resist taking a peek at this big hunk's tackle. But he takes more than a peek! And it’s an icy slope they soon find themselves on. But it’s a skiing holiday after all – and they’re here to have some fun! Yet who would have suspected how it all turned out.

​Click on the book cover to go to Smashwords where all formats are available.
Or order e-book direct from: Amazon.com / Amazon UK ​/ Nook / Kobo / Apple /
Powered by