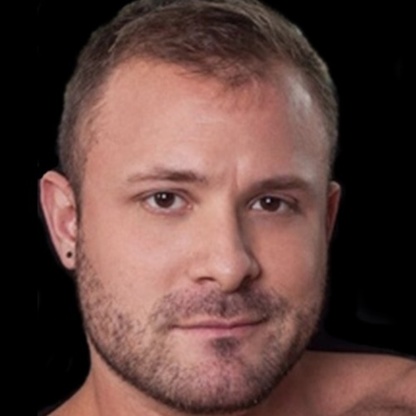 The Untrained Slave
Like his reluctant master, Barry Angel was in The Wild Side from the outset - the other lead character in the original book. Having rewritten that book to fit in with the series, Barry doesn't appear until book 5 - Christmas at the The Wild Side, where he is only seen and admired at a distance. Then in book 7 - A Walk on The Wild Side, he gets top billing alongside Ralph Daley. And in book 8 - An Angel Falls to The Wild Side, Barry is the main star.
Barry is a bit unusual in The Wild Side. He is a slave of one of the members, but has never gone through any formal training at the approved camps. A second class slave in many people's eyes, although Barry is far from that. He is a complicated character, with an unusual moral code which causes problems in his relationship with Ralph Daley. They get sorted out, but it's never an easy path.
I think Austin Wolf, who is pictured here, is a reasonably good fit for how I describe Barry, although he doesn't have that fabulous stomach tat. He does boast one attribute in common with Austin, which for decency sake I don't show here. But Austin like Barry has one hell of a fine ass!
Beyond these commendable physical attributes, Barry has a flair for drama and a very creative imagination, which he gets to explore at The Wild Side when the owner employs him as his set designed for The Fantasy Zone.
Powered by