Angus MacLeod - the master of the wild side 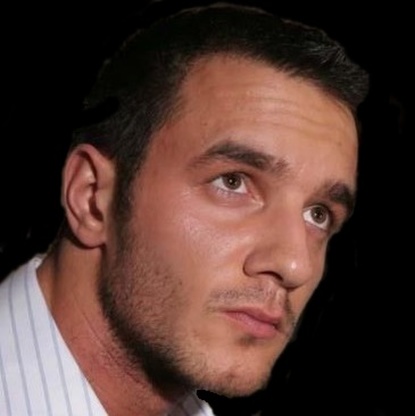 The Master of The Wild Side -
That's how I think of Angus MacLeod, and how he is referred to in some of the books.
And quite rightly so. Not only is Angus the owner of the club, he is the ultimate master. Not a traditional master, but the one who commands the most respect.
Whilst he is the main character in the series, Angus is something of a mystery, at the outset. He is featured in the first book, 'Welcome to The Wild Side', but we encounter him at first in voice only, at the end of a telephone line. Then his appearance at the end of the book is speech only. I don't describe him - just leave the reader with the clear impression that this is a man who likes to be in control.
He is referred to in the second book, and we get an impression of him through the eyes of his slaves. But it is only at the end of the third book, 'Made for Auction', that Angus is revealed. And from then onwards, he features more and more, taking the starring role in a number of the books. We find him in the present as a very successful businessman. Owner of The Wild Side and a slave training stable in Kent called Bears Den - named after the suburb in Glasgow where Angus grew up.
So he's Scottish, ruggedly handsome - the young Ted Colunga pictured here being how I envisage him, although I described Angus long before I even saw Ted. I give him no age, although by implication he's in his late thirties. The man is highly sexed, big and hirsute, extremely well endowed, dryly funny, and terrifying when genuinely angry.
I have covered some of Angus's back story through a couple of books - the main one being 'The Wild Side of Paddy McGuire' which is set six years in the past and described when Angus met his favourite slave and The Wild Side came into existence. There is also reference to a shady past in Glasgow in 'The Taming of Gangster Gaz' when a debt of honour has to be repaid to Angus's former mentor. One day I'll tell the full story, or at least fill in a lot more details on Angus. That will be 'The Master of The Wild Side', and not a book that can be taken lightly. It has to be the jewel in The Wild Side crown, as Angus deserves nothing less.