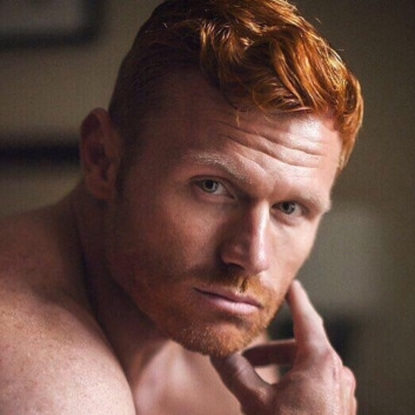 The Enigmatic Slave -
That's a term I used early on in the series to describe Paddy McGuire. The enigma is that Paddy is a slave at all. He certainly doesn't act like one, or look like one. But Paddy is the ultimate slave, totally devoted to his master, even though he can take on the role of a master himself, with all the skills and demeanour to carry off the role.
Paddy features right from the outset. He's not the first main character that is met, but he makes his appearance fairly early on in the first book, and alongside Dylan, is the star of the story. This is how Paddy is introduced...

He stood on the stage almost in a trance, seemingly oblivious to his audience of four – a thing of beauty being one way to describe him, although devilishly handsome, unbelievably hunky and magnificently masculine, would fit the bill as well.
“His name is Paddy… Paddy McGuire, an Irishman from Dublin,” Sven whispered, answering one of the many questions that was racing through Dylan’s mind.

So Paddy is Irish, and in his late twenties. I have him with dark ginger hair which could arguably be termed auburn. Having pictured him in my mind, it was difficult to find an image that fitted, but I suppose Caylan Hughes comes closest, with the hair and the facial stubble, and also the chest hair - hence he gets the main shot. In the back story book, 'The Wild Side of Paddy McGuire' I have Paddy in his early twenties, and he is bodily shaved as part of his slave training. The image on the bottom right fitted the bill and was used on the original book cover. But somehow the image in the centre captures Paddy in spirit if not physically correct. But that's the thing about Paddy - he doesn't fit a mould, and as such can be what you want him to physically be: the ultimate slave that only one man could master; a master himself who gets a slave for a toy; the sexiest beast that ever walked through fiction; and by far and away, Jack Brighton's favourite character.