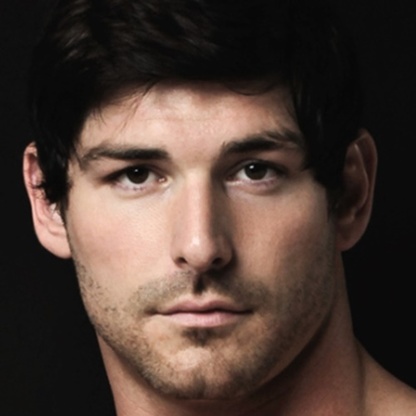 The Fiery Hot Italian
Marco has featured in The Wild Side right from the start, and is a constant presence, while never having starred in a book as yet. Along with his soul mate Sven, he makes up the household of Angus MacLeod's slaves.
Coming from a wealthy background, Marco has sophistication and style, understanding fashion, culture, wine and good food. He is also somewhat temperamental - a fiery Latino who is forever getting up to mischief, yet is devoted to his master.
To be honest Marco is a joy to write, as he is so much fun. Perhaps a little camp at times, but he's so devilishly good looking he gets away with it, especially when I bring out his darker side. Marco has a temper and he also believes in taking his revenge against anyone who dares cross him. 'Christmas at The Wild Side' being his greatest moment. But he is also caring, and helps novice slave Dylan through endless troubles (whilst also creating a few troubles as well) .
He is the opposite of Sven in so many ways, and as a pair who can only be bought together, they contrast well. Ice and fire. Of course, in the MacLeod household, Marco always has to play second fiddle to Paddy McGuire, but he's more than happy to do that, given the benefits that Paddy brings on the sexual front.
I think Michael David Barre is a good lookalike for Marco, with those dark sultry eyes and his stunning body. Like Marco, he is naturally hirsute but shaves it off. Although later in the series Marco grows back the chest hair, for a reason of course.
Powered by