The Devil and Big Tam's Law 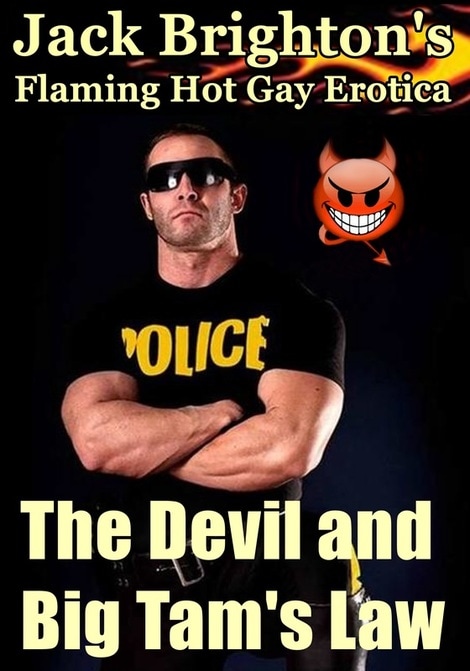 Chief Inspector Calder has brought his introverted son on a skiing holiday with a bunch of other cops. It was a means to help Finlay come out of his shy shell.
He certainly does that during the first night when the Chief's fondness for a drink gets the better of him and he returns to their room pissed as a fart and promptly crashes out on the double bed. He is stripped down to his underwear by one of his men then left alone in the room which he is sharing with Finlay.
It proves too good an opportunity for the shy virginal teenager, who can’t resist taking a peek at his hunky dad's tackle. But he takes more than a peek! And it’s an icy slope they soon find themselves on. But they are on a skiing holiday, and tricky slopes are there to be tackled, and a bit of ice adds to the excitement, making the action flaming hot.
Set out in two separate books, the events are told from both, very different, viewpoints.The books are also available individually under the titles: The Strong Arm of Dad's Law, and The Devil in Daddy Calder

Tlick on the book cover to go to Smashwords where all formats are available, or
Order e-book direct from: / Nook / Amazon.com / Amazon UK / iTunes / Kobo
Powered by