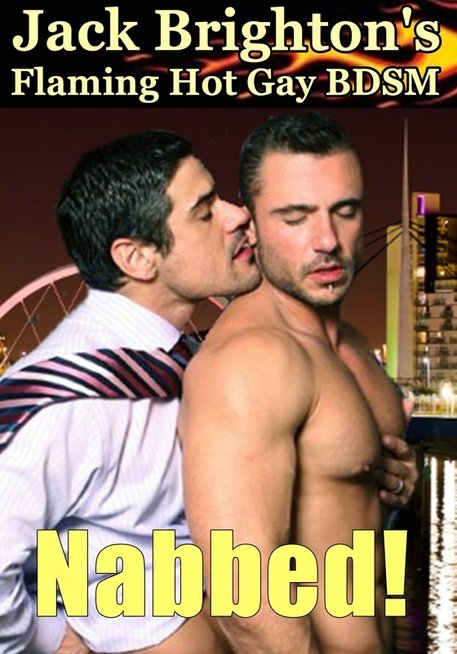 Nabbed! That’s what they jokingly termed it when Big Nab McAlister and his gang preyed on the weaker lads in the prison and used them for rough and violent sex. Ten Years later, this horny big stud is a reformed married man, but he still has a temper that can easily flare up. The telephone engineers experience it when they turn up late for a job, and one of them had the audacity to give Nab some impertinence. Nab lets loose, but he’s taken by surprise when the guy fights back with martial arts skill. It’s the start of a train of event that will see Nab bound to the bed, and all the horrors that he used to inflict when in prison, now come back to haunt him.
“So who is getting Nabbed today?”
“Well that would be you, Mr. McAlister! You and your cherry ass!”