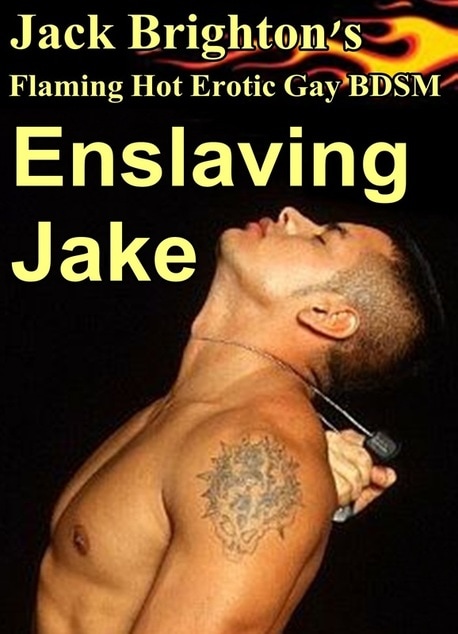 A novice master learns the ropes!
Robbie feared he might be losing Jake. After only three years together the flame seemed to be going out. But it gets rekindled in spectacular fashion when Robbie acts on a friend’s advice and
applies a firm hand to Jake’s peachy ass, putting him over his lap and giving him a good spanking.
But it can’t stop there! Pandora’s Box has now been opened and both these men must deal with what they find... in themselves and in each other. During the course of the week that follows, Robbie undertakes a mission to test them both out on a new way of life. He was always the more
dominant one in the relationship, and now he looks to formalise that role – sexually, mentally and emotionally.
This is the story of a would-be master who has no real experience but has a natural flair for the job. These are his first step, thrillingly exciting, though filled with concerns and doubts, as Robbie sets out on... Enslaving Jake.