CHRISTMAS AT THE WILD SIDE 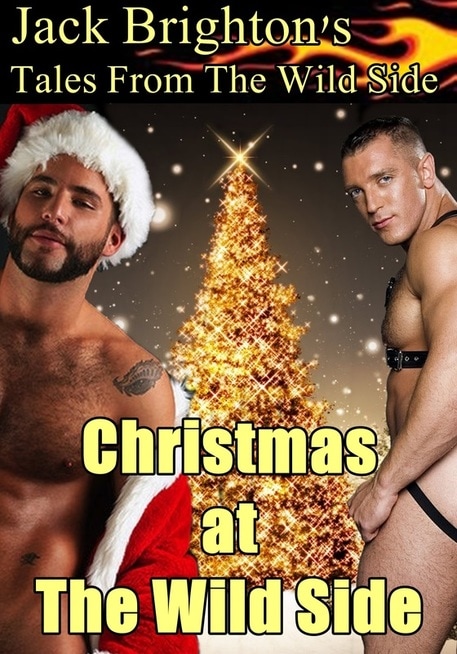 Christmas Eve means a fun packed night at The Wild Side, starring the full cast of characters from Angus MacLeod’s household, and some familiar faces cropping up from past books.
The fun commences at home for Angus and his boys. Sven, Marco and Dylan must each in turn go and sit on Santa MacLeod’s lap, honestly answer if they have been a good boy then claim their present if they have. It sounds like good fun, but for poor Dylan on his first Christmas as a slave, there is a nasty twist that has him in a hideous dilemma – one that could easily ruin the night if he plays the situation wrong.
After the raunchy domestic proceedings, the actions moves to the club where a different Santa is taking centre stage, and this one is in a mischievous mood, dishing out punishments for presents. Sven and Marco know the man well, and have very good reason to avoid him. It throws a shadow over their evening, but luck has a treat coming their way in the form of an old enemy who is in a spot of bother.
Dylan in the meantime had his own ghost from the past cropping up in the form of Lee Baxter, his ex-teacher. Lee is in an even bigger spot of bother, especially as Angus and Paddy are coming to see him as well. A bit of role reversal is in the making; and a surprise present for Dylan.

Note – Christmas at The Wild Side is loosely based on ‘The Wild Side of Christmas’. It is three times longer, and the few scenes it has in common have been totally re-written.

Click on the book cover to go to Smashwords where all formats are available,
or Order e-book direct from: Kindle / Nook / Kobo / iTunes / Amazon UK
Powered by