a taste of the wild side 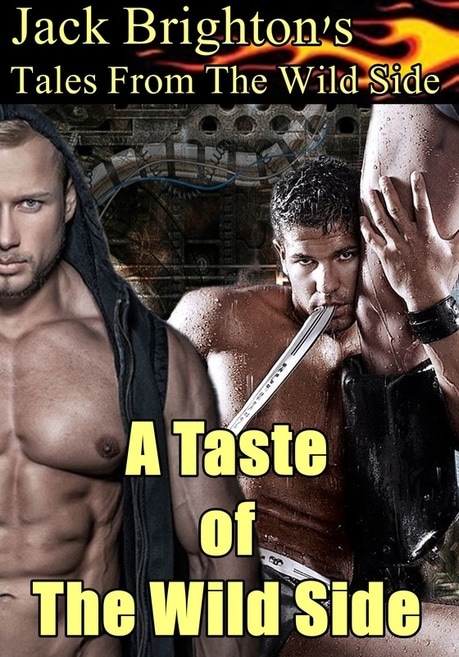 The Wild Side is London’s raunchiest gay nightclub, where extremely wealthy and powerful men enjoy games of sexual debauchery. Dylan Sinclair has recently joined the ranks of the club’s many workers, playing the role of a naughty public schoolboy, who must be punished by the members for his various misdemeanours. Unfortunately there have been a few adverse remarks about the teenager’s skills, so some further education is needed for the schoolboy.
And who better to give it than Paddy McGuire, an enigmatic Irishman who happens to be a slave, but acts more dominant than any of the masters that Dylan has encountered. Assisted by his fellow slaves, Sven and Marco, Paddy sorts Dylan in spectacular fashion, teaching him a whole range of new tricks whilst providing some much needed discipline as well.
But Paddy needs to do more than just train the boy. He needs to rekindle interest and have him in demand. Dylan has also expressed an interest in the life of ‘proper’ slaves, so Paddy decides to take him to the club as his guest and kill two birds with one craftily managed stone.
It’s another rip roaring adventure for young Mr Sinclair. A taste of The Wild Side he’ll never forget, thanks to Paddy McGuire.

Please note: a version of this book was previously released under the title ‘The Unchained Slave’. It has been greatly modified to integrate into the ‘Tales from The Wild Side’ series, but similarities still exist with the original version.

Click on the book cover to go to Smashwords where all formats are available, or
Order e-book direct from: Kindle / Nook / Kobo / iTunes / Amazon uk
Powered by