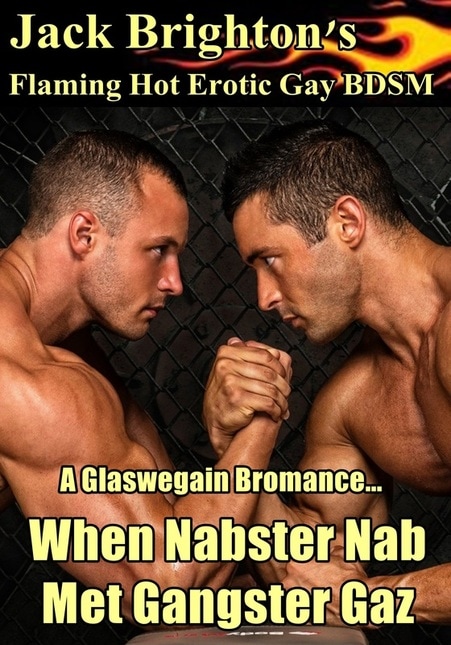 The start of a Glaswegian bromance, between Nabster Nab and Gangster Gaz - two of the city's hardest men, so think twice before you mention the 'B' word in front of them. They are totally straight as far as the world is concerned, and neither would appreciate you telling them otherwise. But both have a nature which is complex and deep, and nowhere near as straight as they might like you to think. And while Nab has sort of come to terms with that, Gaz is struggling on a multitude of fronts.
Big, butch, outwardly straight but with a deviant secret, hard as nails, and from Glasgow's East End - what happens when two such similar men meet? Well they don't jump straight into bed with each other - that's for sure. These men are TOO similar, if you get what I mean, with compatibility issues to be considered. But neither do they walk away from each other. Because whether they like it or not, it is written in the stars - theirs will be one of the great bromances. An unlikely bromance, but those are always the best. So an adventure of sorts has to be taken, with lots of fun and games involving a compatible third party.
This is the start of that adventure... Just don't mention the 'B' word if you're brave enough to join them.

Click on the book cover to go to Smashwords where all formats are available, or Order e-book direct from: Amazon.com / Nook / Amazon UK / Kobo /