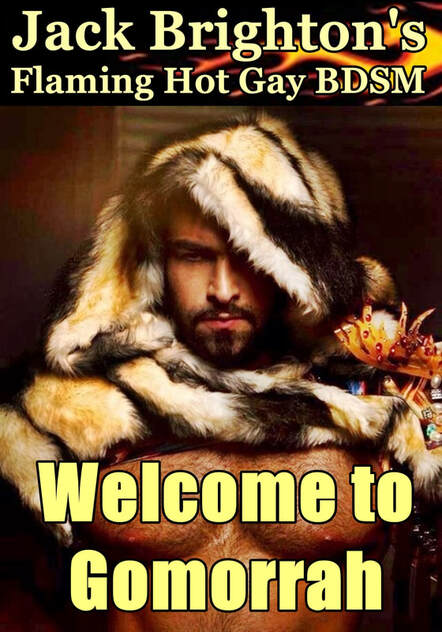 BOOK 1 IN THE RING OF SODOM TRILOGY
Gomorrah is unique as a country, in that all the inhabitants are homosexual. And after centuries of selective breeding, promoting very desirable traits, most of the inhabitants are incredibly fine physical specimens. Not only do they look great, but the men have unusually high sex-drives, which their culture encourages to be fully expressed.
No wonder Hunter Conway was keen to go when selected for a three month cultural exchange. But his Welcome to Gomorrah doesn’t quite go to plan when he’s arrested on arrival. He’s unwittingly brought a ring with him – a very rare Ring of Sodom, which sets off some serious alarm bells when discovered at customs by Officer Krank – a painfully handsome twenty-one year old, whose uniform is a skimpy harness and leather jockstrap. The cultural exchange is put on hold as Hunter is taken to Gomor Castle where the awesome Captain Wrath will interrogate him in very unorthodox fashion. Others will join in the fun and games, including Officer Bartok who has inherited some amazingly desirable traits. It’s the start of Hunter’s Adventures in Gay Wonderland, with more twists and turns than a rollercoaster ride for the hunky young anthropologist.

THIS BOOK IS FREE AT SMASHWORDS.
MOST OTHER OUTLETS WILL FOLLOW SOON

Click on the picture to go to Smashwords where all formats are available, or
Order e-book direct from: Kindle US / Kindle UK / Nook / Kobo / iTunes /