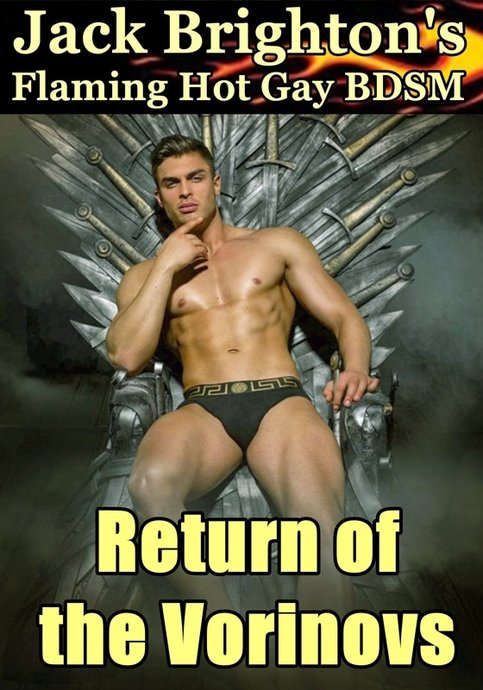 Steamy gay erotica meets political satire as Men of Power take back control.
It's been over a decade since Alexi Vorinov unofficially ruled Mastrovia when chief of police. A Liberal government sidelined Alexi and forced him to retire; while his nephew Evgeny went into exile, horrified by the changes he saw. But with Trump's election victory, panic has swept the country. Unlike his US predecessors, the president-elect seems to be best buddies with his counterpart in the Kremlin. With such an unholy alliance, can Mastrovia really afford the luxury of Liberalism, especially as their homophobic super power neighbour seems intent on reclaiming its former empire?
Alexi certainly doesn't think so. He sees an opportunity to turn things around, return strong leadership to the country, and restore some lost traditions. Evgeny is recalled, and with the help of some old friends who were enslaved years before, and a few new characters who bring youth to the table, they set about implementing a devilish plan. But it's not all work. There are fun and games aplenty, with a harem of twenty slaves to play with, a place called The Ring where debauched shows are performed, some interesting traditions with a Mastrovian slant, and the most desirable man Evgeny has ever encountered, but who is infuriatingly unavailable.
This is the background for the Vorinovs' return... The Return of Men of Power.

Click on the book cover to go to Smashwords where all formats are available, or
Order e-book direct from: Kindle / Nook /  iTunes / Amazon UK
Powered by