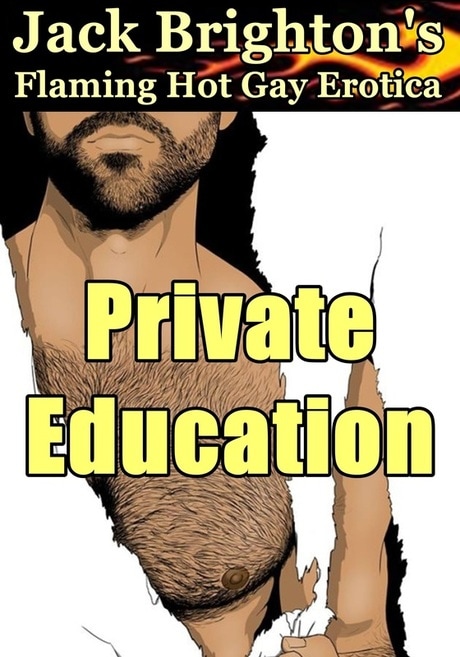 Archie and Colin own a courier business, and Jack works for them as a driver. You would think they'd see enough of each other, but these friends from school socialise as well. On top of that, Archie and Jack have taken up woodwork and are building a boat in their spare time, or so they would have the world believe. But these two men have a secret that someone has discovered...
Archie and Jack were busy in their workshop on a Saturday afternoon in the middle of June, when Colin's son Harry called round unannounced. He's a keen tennis player, and had some great news he wanted to share with Archie, who coached him until recently. A locked front entrance wasn't going to prevent him getting in. He used a gap in Jack's fence to get into the backyard where the workshop was located. There was loud drilling going on, so the men inside the workshop didn't hear the lad approach. Appreciating this - Harry took a decision that would change all their lives. He used the spyhole he'd discovered as a kid!
All he wanted was to see a smile on his former coach's face. Archie used to have plenty for him, but the smiles had dried up a couple of years earlier, and a distance had been created for some reason. It was a poor excuse for spying on people. Harry was eighteen years old and should have known better, but he so desperately wanted to see Archie smile.
And he did!
Harry saw Archie smile and he saw him do a lot more. He saw him do things to Jack that didn't seem proper between such butch hunk men who were supposedly straight, although Jack certainly wasn't complaining - he was egging Archie on. It was scandalous stuff, yet Harry wasn't appalled. Quite the opposite in fact. He was hideously turned on by what he saw.
So there we have it. The secret is out, but not very far, as only Harry is aware of it. But what will be the consequences of his underhand discovery?
It's a tricky path that lies ahead, and Harry will have to tread carefully. But with the help of Jack, he'll manage to get there. He'll learn the reason why Archie created that distance, and he'll work out the best way to bridge it. Harry might have left school and is on holiday for the summer, but this smart young man will still be learning a few thing that will stand him in good stead when he goes to college, thanks to some... Private Education.

Click on the book cover to go to Smashwords where all formats are available.
Or Order e-book direct from:​ Amazon.com / Amazon UK / Nook / Kobo / Apple /
Powered by