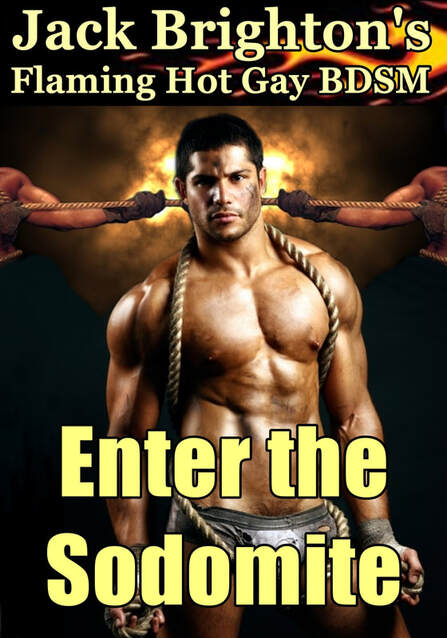 BOOK 2 IN THE RING OF SODOM TRILOGY
Gomorrah is unique as a country, in that all the inhabitants are homosexual. And after centuries of selective breeding, promoting very desirable traits, most of the inhabitants are incredibly fine physical specimens. Not only do they look great, but the men have unusually high sex-drives, which their culture encourages to be fully expressed.
After a very eventful first day in the country, where those sex-drives were put to the test, Hunter Conway embarks on the mission he’s been set by Captain Wrath, the chief of police, while also taking part in the cultural exchange which brought him to Gomorrah. The hunky young anthropology student was asked to return a ring to its rightful owner – a very rare Ring of Sodom, which could spell trouble for the new outward looking government. The police want to know why this dangerous artefact has been requested. Time to make contact with the broodingly handsome Jocken Serp, who is something of an anomaly in this promiscuous society, as he’s playing rather hard to get.

Click on the picture to go to Smashwords where all formats are available, or
Order e-book direct from: Kindle US / Kindle UK / Nook / Kobo / iTunes /