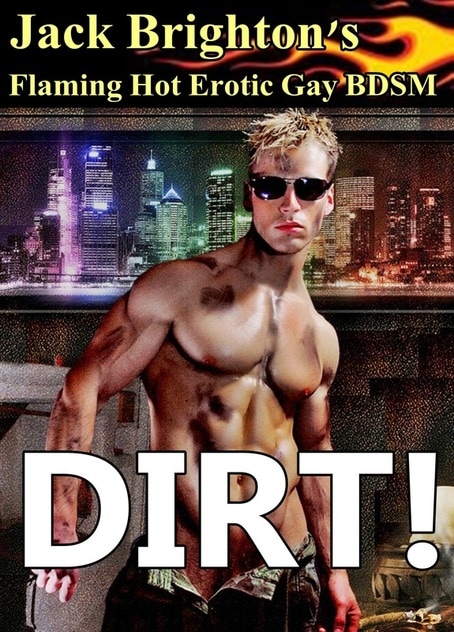 Dirt – he’s a teenager, Aiden Collins, an insolent mechanic covered in grime who thinks he’s God’s gift to gay mankind. He’s going to collide with a man from the City – a banker, Mitchell Manson, an experienced Dom in the prime of his life, who has the devil’s own temper when stupidly provoked and the fattest cock in town. A Lamborghini with engine trouble and two sensitive subjects are the
catalysts for their explosive encounter which will see Aiden taken to a whole new world as Mitchell brutally exposes the lad’s submissive side. It’s going to be rough and harsh as mucky pup Aiden is brought to heel. Mitchell is stern and a tough man to please, but that just adds to his attraction. And of course there are those sore-spots which inevitably are exposed – raw angry wounds
inadvertently baited – and that’s when Dirt and the City really engage, so be warned – these men will get downright filthy!

Click on the book cover to go to Smashwords where all formats are available, or
Order e-book direct from: Kindle / Nook / Kobo / iTunes / Amazon UK