A Walk on The Wild Side 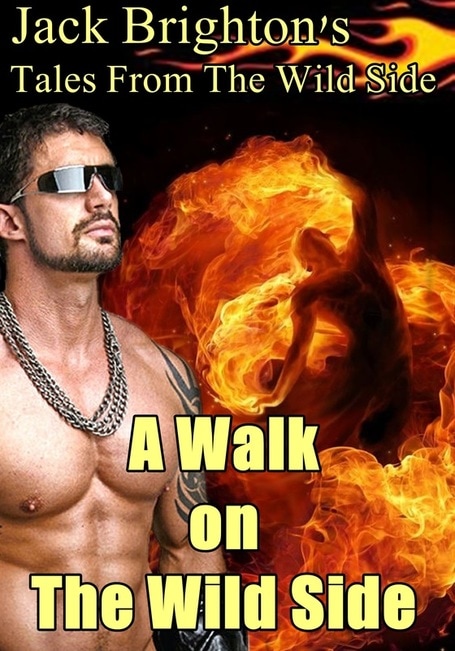 Angus MacLeod, the owner of The Wild Side, London's raunchiest gay nightclub, has taken an interest in a master and his slave, who he spotted at the club on Christmas Eve. Inviting them round, Ralph Daley then tells the story of how he and his slave Barry got together.
Ralph only intended to teach the lad a lesson after being insulted earlier in the day. Take him up to Wimbledon Common and punish him for being so impudent, whilst having some fun in the process over the bonnet of his Ferrari. That was the plan. But it led to so much more!
Barry turned out to be a revelation. As well as possessing a killer body, he had roguish charm and obvious intelligence. And best of all - he actually got off on the dominance Ralph displayed and made it clear he wanted to experience more. He wanted to know about the life of a submissive. And that's what Ralph did over a fun packed weekend when he took Barry for... A Walk on The Wild Side.

Please note: this book was previously released under the title ‘The Wild Side’. It has been modified and added to in order to integrate it chronologically into the ‘Tales from The Wild Side’ series, but strong similarities still exist with the original version.

Click on the book cover to go to Smashwords where all formats are available, or Order e-book direct from: Kindle / Nook / Amazon uk