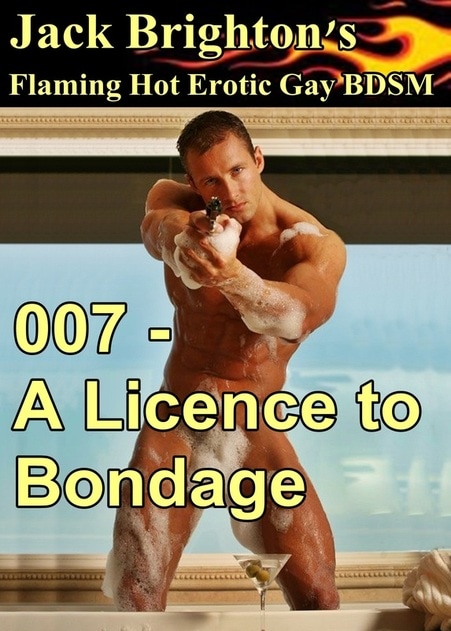 He was searching for 'Bond' the new '007' but found 'BONDAGE' instead on his boss's laptop. It is the start of an adventure for Dougie McFarlane that will take him to extreme highs and lows and give the reader more thrills than any spy novel.
Dougie has adored his boss, Peter, ever since he started to work for him on a three month trial period to prove his worth. The trial period is almost over, but this discovery on Peter's laptop changes everything. Dougie is fascinated and excited about the pornographic content he finds; and even more excited that Peter is obviously into this type of sex; then Dougie is shaken to the core when he realises he was meant to find this and that it represents a command for Dougie to go to his boss's home for some further trials that have nothing to do with his job.
Peter wants Dougie for a slave. He has nurtured him in obedience over the three months at work and now will set him the final tests. Dougie will be ravaged by Peter's insatiable big cock and he will be thrashed by his strong arms, yielding the whip, the crop and the cane. Dougie will learn the meaning of trust and obedience and experience the horrors of extreme humiliation. His final tests will be alongside a professional BDSM whore where they compete in a boulder pulling contest using their balls!
Will Dougie pass his test and get A Licence to Bondage? He certainly has a lot of fun mixed with huge amounts of pain as he tries.

Click on the book cover to go to Smashwords where all formats are available, or
Order e-book direct from: Kindle / Nook / Kobo /  iTunes / Amazon UK
Powered by